A glittering image of the Sagittarius constellation globular cluster NGC 6540 was captured by the NASA/ESA Hubble Space Telescope. Hubble's Wide Field Camera 3 and Advanced Camera for Surveys were used to take the image. Both instruments have different fields of view, so this image encompasses an area of the sky. 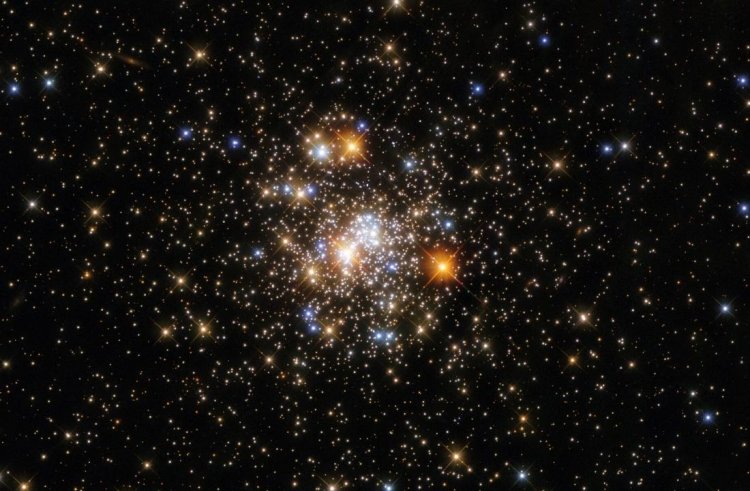 All of the stars in a globular cluster are trapped by their mutual gravitational attraction. It is a tightly-bound, stable swarm of stars that can hold tens of thousands or even millions of stars. The strong gravitational attraction between the stars gives them their spherical shape, which is why they are called "globular" because they are generally larger than open clusters.

The brightest stars in this image of NGC 6540 feature prominent cross-shaped patterns of light, or diffraction spikes. Diffraction spikes are image artifacts caused by Hubble's structure rather than by the stars themselves. As a result, bright objects appear to have spikes of light surrounded by them because the path of starlight is slightly disturbed by the telescope's internal structure. 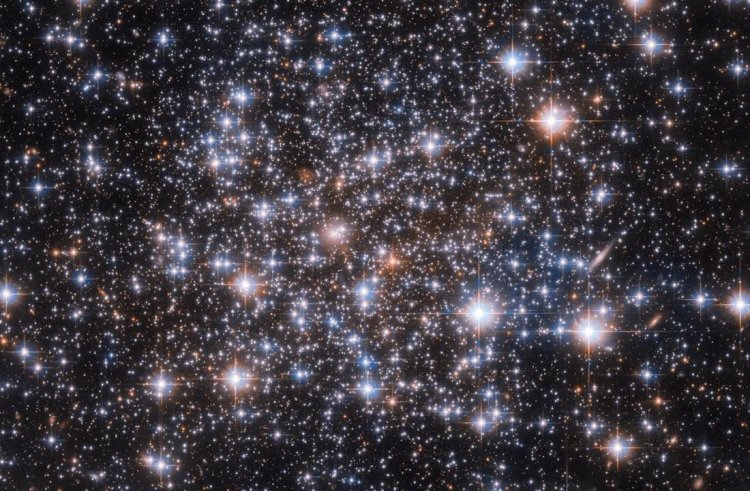 As the gas and dust surrounding our galaxy's center block some of the light coming from these clusters, Hubble found that NGC 6540 is a useful tool in determining the ages, shapes, and structures of the globular clusters.

Astronomers can use globular clusters to gain insight into the Milky Way's early history because the gas and dust change their colors. This was also a composite image captured with Hubble's Wide Field Camera 3 and Advanced Camera for Surveys in July, another globular cluster in the Sagitarrius constellation.