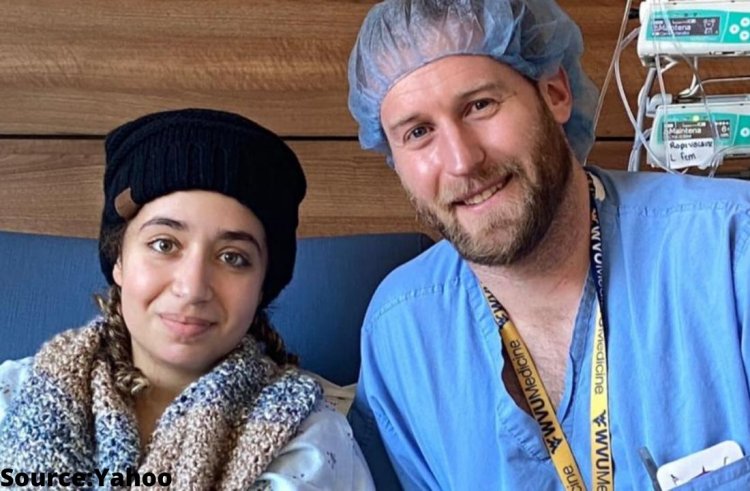 17-year-old Olivia Kiger-Camilo of Wheeling, West Virginia, has survived the unimaginable. Kiger-Camilo recovered from necrotizing fasciitis, a flesh-eating bacteria, after a life-saving transport, multiple surgeries, and months of physical therapy. An open wound on Kiger-Camilo's foot was noticed at a dance competition in March. She told PEOPLE, "As a dancer, you get cuts on your feet." She said, "I started noticing pain in my left foot, which is normal for athletes."Her back was in so much pain after the competition that she collapsed. According to her, her parents noticed something wasn't right."We were afraid of waiting in the ER for hours because of COVID, but thank goodness we decided to go."The doctors at the community hospital could not see anything wrong with Kiger-Camilo's foot, and all her blood tests were normal. According to Kiger-Camilo, doctors were worried about compartment syndrome, in which blood gets trapped in an enclosed muscle space and creates excessive pressure - "it's super dangerous, but you don't really have compartments in your foot." As well as being in intense pain, her blood pressure was dangerously low, and her fever was over 100 degrees. Kiger-Camilo's parents, Rebecca Kiger and David Camilo demanded that she be transferred to another hospital at that point. On the flight to WVU Children's Hospital, their daughter received life-saving medication. The operating room was ready for her within an hour of her arrival at the hospital. Her doctors diagnosed her with necrotizing fasciitis, a rare flesh-eating bacteria that is associated with a mortality rate of 11-22%, and 16-33% when associated with streptococcal toxic shock syndrome (STSS). 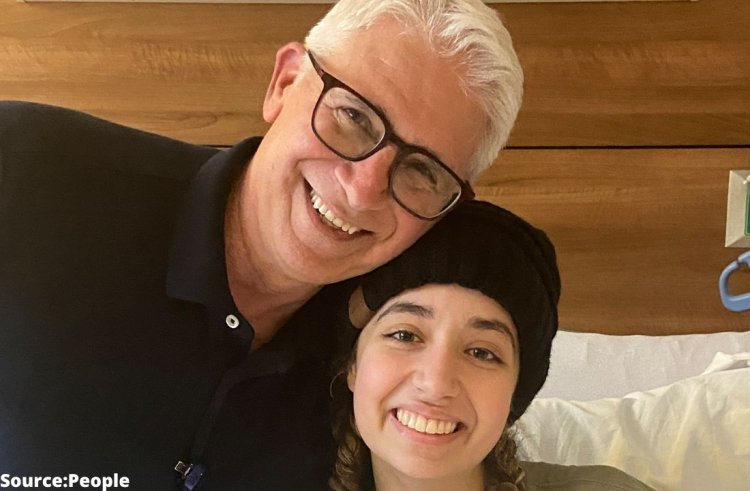 Bacteria release endotoxins into the body, causing septic shock in the host."When you have an infection, your body opens all of the valves, including the blood vessels and the vessels that transport fluids that aid healing," Kiger-Camilo explains.If all of those valves are open, your vital organs - your brain, your liver, your heart - can no longer receive any blood, which causes your body to shut down. That's why it's so dangerous." "Death and amputation are the two most common outcomes of necrotizing fasciitis," Kiger-Camilo says. "It's something that eats you from within."A cut on Kiger-Camilo's foot contracted the bacteria, according to her doctors. She says the necrotizing fasciitis bacteria, which is the same kind of streptococcal bacteria that causes strep throat, can be found everywhere. "The perfect storm for getting it into a cut, getting trapped there, festering, and multiplying."Kiger-Camilo's parents took time off work to stay with her in the hospital. A family friend set up a GoFundMe to cover the cost of transport as well as time off work for her family. There was a total of $656.61 raised from the fundraiser. "It was an incredible community," Kiger-Camilo says. "We'll probably need a lot of that for the helicopter ride, but all of the support that we received, even if it wasn't financial, made us feel very loved and helped a lot in a very difficult time for my family."A series of operations, which included making cuts all the way up her leg so they could pinpoint the infection, and a skin graft, enabled Kiger-Camilo's surgeons to save all her tendons and muscles. "What a miracle," she says. "It resembles Frankenstein's foot, but it is fully functioning." 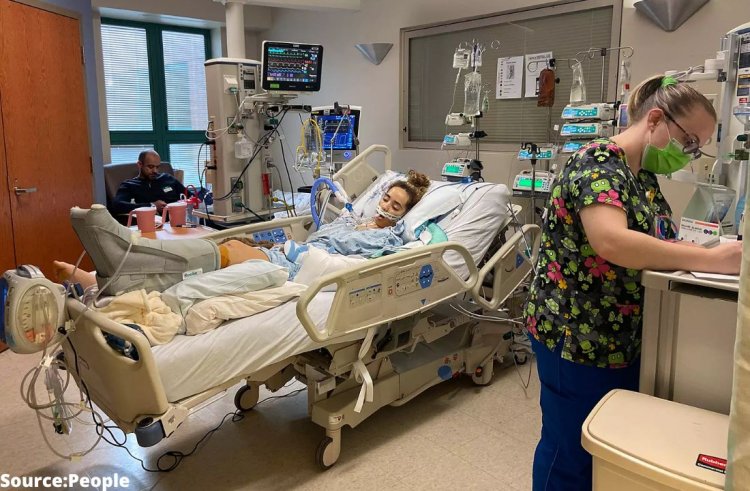 She had to use a walker just to get from her bedroom to the bathroom when she first returned home in May. After months of weightlifting and physical therapy, she is now able to walk and run.It's definitely time for me to start dancing again," she says. In the next few months, I'll start dancing again, hopefully competing again since this is my senior year."Despite missing the last two-and-a-half months of her junior year, Kiger-Camilo's school is helping her complete the curriculum. Currently, she is working on a capstone project about necrotizing fasciitis, which incorporates her personal experience. Her own medical team also interviewed her about the disease for the scientific part of the study. Originally, Kiger-Camilo planned to attend the Naval Academy after graduating high school, but now her future plans include studying medicine. "My doctors motivated me not only to be a better human but also to go into the medical field and help people the way they helped me - especially kids," she says. Though Kiger-Camilo endured months of pain and nearly died, she said she is grateful for the positivity and new perspective she gained from the experience.My relationship with my family and my faith have been strengthened by this experience," she says. It seems like a bad experience on the surface, but it brought me a lot of good." "You can see the beauty of life much more easily once you've really struggled in life."