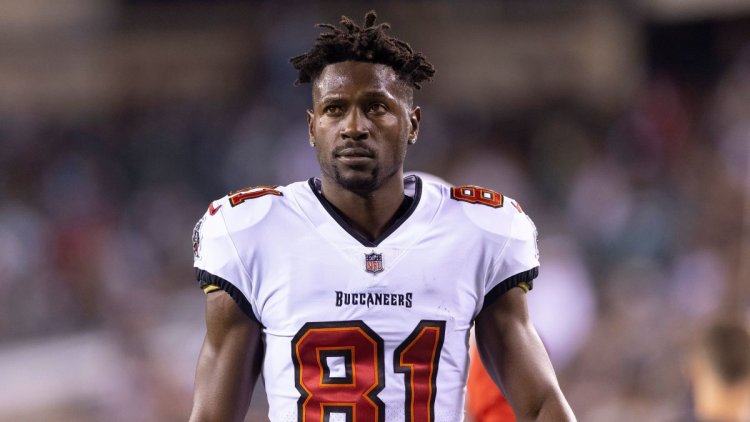 To say the least, Anthony Brown's NFL career has been wild. A former wide receiver for the Pittsburgh Steelers, he is undoubtedly one of the best wideouts of his generation.

On the basis of his on-court performance alone, he's easily a Hall of Famer. He has, however, soured the fans of the Steelers, Raiders, and Buccaneers with his off-field antics.

Brown's latest antics involve an ex-girlfriend and $5,000 in cash.

Cydney Christine, a model and producer, was called out in Brown's Instagram stories on Sunday night.

It was alleged by Brown that the NFL star would expose her if she did not pay him $5,000. (Headlines Vibe)

Antonio Brown's situation is ironic since he faced a debt during his last season as an NFL player.

A former cook of the wide-out exposed his faked vaccination cards while he was a member of the Tampa Bay Buccaneers.

The cook came out to discredit Brown suddenly, so why did he do that? There's a lot of money Brown owes him, but apparently he hasn't paid it!

Currently, Antonio Brown isn't signed to an NFL team. At his peak, he was one of the most productive wide receivers in the league.

In the title run of Tom Brady, Brown was one of the best weapons behind Mike Evans and Chris Godwin.

It's unfortunate that Brown imploded in the middle of the game and left the team.