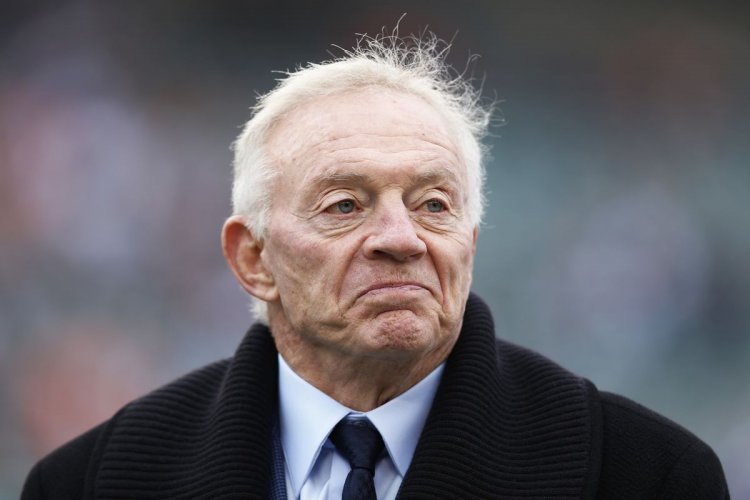 Jones claims that he and the Cowboys have been held hostage by a congressional aide who claims to be his daughter.

Davis says she provided Jones with a draft of the lawsuit on an unspecified date and asked whether he would "make a deal" to "assure that he would not be publicly or privately identified" as her father.

As part of the court motion, no information is provided about the individuals who are alleged to have attempted to extort Jones and the Cowboys.

According to Babcock, the Davis paternity lawsuit against Jones and a number of other recent Cowboys scandals are linked to the ongoing divorce battle between Charlotte Jones Anderson and her husband, Shy Anderson.

Davis lives "fatherless, in secret and in fear that if she tells anyone who her father is, she and her mother will lose financial support or worse."

The lawsuit claims Jones paid $375,000 to Davis' mother, who was employed by American Airlines in Little Rock, Arkansas when she was courted by the Cowboys owner in 1995.

"This person told Cynthia that Defendant Jones would be very upset if she revealed that he was Plaintiff's father at her deposition," the lawsuit said.

"According to Cynthia, Defendant Jones could, and perhaps would terminate the trusts, which are still set up for Plaintiff to receive two lump-sum payments when she turns 26 and 28 if Cynthia testifies to the fact that Defendant Jones is Plaintiff's father.."

On Thursday afternoon, a hearing will be held to determine if Davis' initial complaint will remain under a temporary seal.